Welcome to the end of the decade; the end of the 2010s; Al at Decade’s End. This is a miniseries where I celebrate the past ten years in video games, starting by talking about my favourite games from each year, and ending with the end-of-year extravaganza for 2019! The games I talk about here might not necessarily be the best of the decade, but they sure left the best impressions on me for one reason or another. And so, without any more delay, we begin our look at 2010! 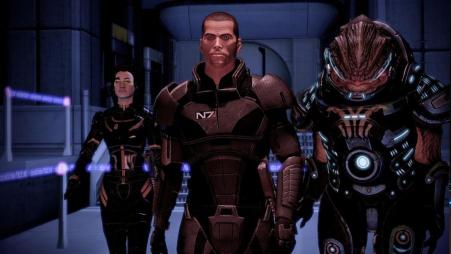 2010 was a crazy year not just for video games, but for myself as well. At the risk of outing my age, this was the year I graduated high school. There was a lot going on for me, and a lot of memories made. I got closer to my circle of friends both online and offline, and the games that came out that year were such a key factor in that. We had amazing multiplayer games like Call of Duty: Black Ops and Halo: Reach to play together at any given time, and phenomenal single-player experiences like Red Dead Redemption and Super Mario Galaxy 2 to share and discuss. Nothing really comes close, however, to the impact that Mass Effect 2 had on me. Having come out in 2007, the first entry in the legendary science fiction franchise was a game that I really enjoyed due to the RPG systems and world building, but I rarely felt the urge to go back and replay it. Mass Effect 2, on the other hand, is a game I still replay relatively often. The second entry in the franchise trimmed down on some of the RPG systems from the first game, but vastly improved the combat to the point where it was an extremely well done third-person shooter with powers that made you feel like a badass. Couple that with some of the best character writing I’ve ever seen in a video game, and you have one of my top 5 favourite games of all time (that list might be published eventually). 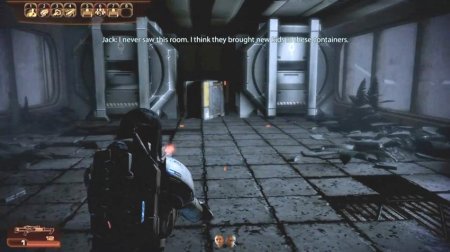 One of the things that blew me away about Mass Effect 2 when I first played it is how it actually made me feel like my previous choices in the first game mattered. From meeting people who’s lives I had spared before on old missions to seeing how the leadership on certain planets turned out, it was always a pleasant feeling knowing that what I had done in the first game had some effect on what was currently happening. This also led into some of my favourite character moments ever in video games with crew members I had grown with over multiple games. Garrus is the number 1 homie. The loyalty missions, special missions focused on one character’s story arc, did a lot of legwork in this respect. Travelling to the Quarian’s Migrant Fleet that we had heard so much about across both games from our resident Quarian Tali, and having the opportunity to interact with (more like verbally destroy) the morally questionable admirals was a memorable, feel-good moment for me.

There was also the sense that my character was growing stronger across the series, as I seem to recall not having to restart from zero when starting Mass Effect 2. I could retain my character’s class and specialities from the first game if I so wished, and that’s what I did. Over time I grew from this Joe Shmoe with a shotgun and some Force powers, to a madman who could charge at high speeds to completely blow my enemies out of my path while also phasing through obstacles in my way. Granted this is in large part thanks to how combat was overhauled from Mass Effect to Mass Effect 2, as well as all of the improvements the Vanguard class itself went through between games. Regardless, it felt like the was a progression across games the likes of which I had never experienced before.

Mass Effect 2 is without a doubt one of my favourite games of all time. It kind of sets the bar a bit high for what’s to come in the rest of this miniseries. If you’re a fan of science fiction, you really owe it to yourself to play Mass Effect 2. Hell, you owe it to yourself to play the entire main Mass Effect trilogy, subpar ending be damned. Writing this actually made me want to start up another playthrough….whoops.