Now that we’re all but done with Birth by Sleep, it’s time for the next stop on our Kingdom Hearts Marathon. Terra, Ventus, and Aqua have all closed out their stories leading into Kingdom Hearts 2, so now we jump ahead back to Sora after Kingdom Hearts 2. We’re not just playing as Sora this time around however. Opting for the multiple protagonists approach again, Kingdom Hearts: Dream Drop Distance gives you control of both Sora and his best friend Riku during their exam to become true Keyblade Masters. It won’t exactly be two separate playthroughs though, this game has you swapping between the two characters on many different occasions. 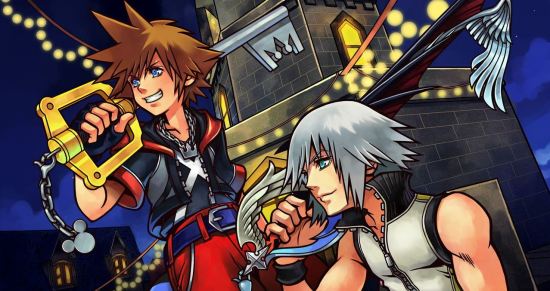 Dream Drop Distance is, much like Birth by Sleep, another spinoff title that’s still vital to the overall plot of the Kingdom Hearts series. It also offers its own spin on the Command Deck combat system that was used in Birth by Sleep. I’ve already played this game once before on the Nintendo 3DS and I remember enjoying it quite a bit, but I’ll be playing the PS4 version this time around. I’m intrigued by how certain abilities tied to the 3DS’ touch screen will be converted over to a traditional controller. It’s also been quite a while since I’ve played the 3DS version, so I want to know if it improves on what Birth by Sleep had going on while that game is still fresh in my mind. Will Dream Drop Distance be as fun as I remember? How does it compare to Birth by Sleep? How cool is Riku? Stay tuned!