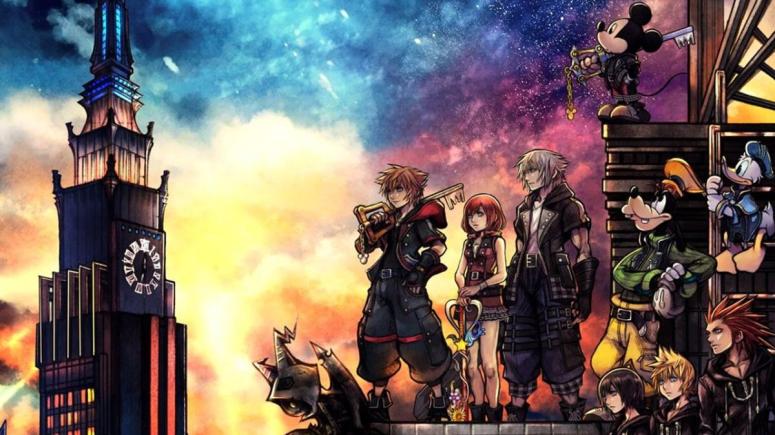 It’s finally time. The culmination of over 15 years of storytelling across 11 different games. Kingdom Hearts 3 is finally upon us. This may very well be one of my most anticipated games of all time, and I’m still somewhat in disbelief that it’s out. Kingdom Hearts 3 sees the story return to focusing almost solely on Sora and is supposed to be the final chapter of the Dark Seeker Saga of Kingdom Hearts. Sora begins yet another journey, this time to regain the powers he lost in Dream Drop Distance and to find missing Keyblade warriors to join the 7 Guardians of Light. I promise to keep this Progressive Looks series as spoiler free as possible, which is what I generally try for with most of my content but I feel like it’s important to state for KH3

Kingdom Hearts 3 is, as the title suggests, the next mainline title in the Kingdom Hearts series, so we’ll see the primary formula of having control over solely Sora with a party consisting of Donald Duck, Goofy, and whatever Disney characters happen to join Sora in the world he’s in. We saw a preview of what KH3 would generally look like in Kingdom Hearts 0.2, and based on what I saw in that game I have to say I’m cautiously optimistic about how good of a game KH3 is going to be. The biggest thing I’m concerned about is performance, as I enjoyed the gameplay in 0.2. Since playing 0.2 for the first time, I upgraded to the PS4 Pro from the launch model of the console, so I’m hoping that the game is stable. It can even be a stable 30fps, I just want it to be stable. As far as mechanics go for KH3, I’m most interested to see how Keyblades work as Sora will be able to swap weapons on the fly and transform them into other forms. I’m also interested to see how the Gummi Ship is implemented this time around, since that was one of my favourite parts of KH2.

I’m so excited to play Kingdom Hearts 3 and I hope I can still think critically about this game despite my hype for it. I’ll be streaming my entire playthrough on Twitch at twitch.tv/al_unlocked, so keep an eye out for that. Stay tuned!